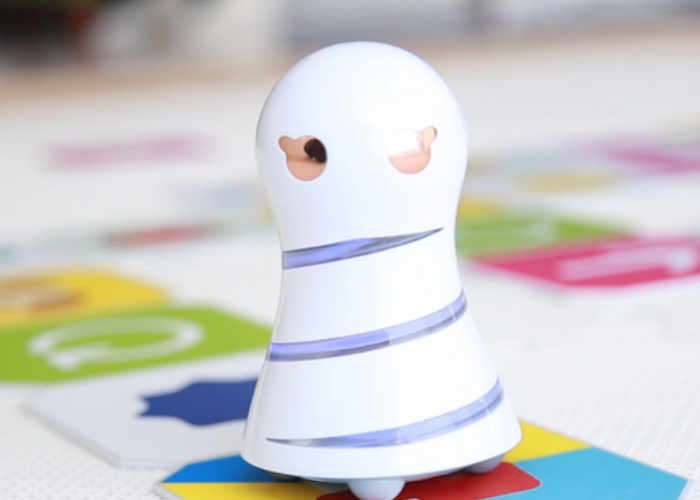 Parents or educators looking for a way to actively engage and teach younger children the fundamentals of programming may be interested in a new system created by the Icon Corporation called KUMIITA.

Watch the promotional video below to learn more about this new educational robot that teaches the concepts of coding and allows children to arrange the command panels to guide the robot to its goals.

KUMIITA Is now available to backfire Kickstarter with pledges starting from $195 for super early bird backers, with shipping expected to take place during December 2017. The project is looking to raise $30,000 over the next 30 days and is already over 1/3 of the way there thanks to nearly 50 backers. The development team behind KUMIITA explain more about its inspiration, features and design.

KUMIITA is an educational toy designed for 0 to 3 year olds to teach them the concepts of programming. By providing a language-less and hands-on experience in the form of a puzzle game, children can become accustomed to programming from a young age. KUMIITA cultivates the basic thinking patterns and logic behind programming in children by allowing them to physically assemble command panels and see how the resulting programs are executed – and why they fail at times, as well. Failed programs can also be fixed by rearranging the panels in various ways, allowing children to figure out new solutions for themselves.

KUMIITA was created to realize the CEO Toshi’s vision of a “prosperous future through technology” by providing children with opportunities to become familiar with programming so that they could be future programmers, or to use their knowledge and concepts of programming as a tool to better their future.