This month Revolve Robotics has unveiled a new device called the KUBI iPad Stand to enhance video conferencing communications via tablets. KUBI stands for neck in Japansese and allows you to break free from the shackles of static video chats with the tablet stand you control over the web.

The KUBI has been designed to provide users with more control and interaction whist engaging in video conferencing that allows you to control which direction the tablet is pointing via remote. Watch the video after the jump to see it in action. 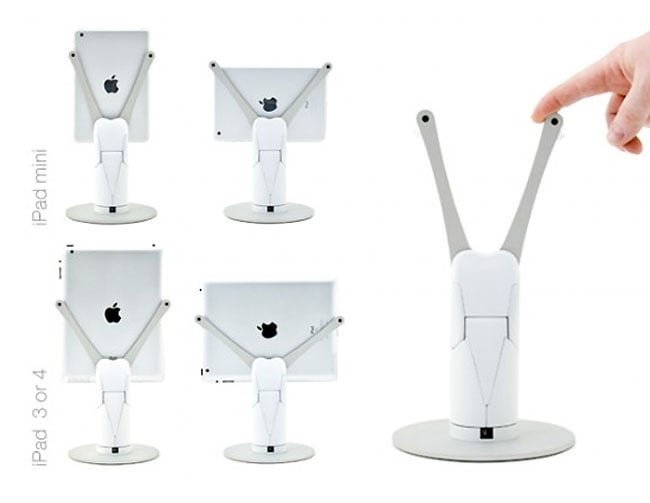 “KUBI is a remote controlled desktop stand for your tablet that adds hands-free convenience and a dynamic social element to video calls. Friends, family, and colleagues can use KUBI to control their view through your tablet camera from anywhere in the world while video chatting.”