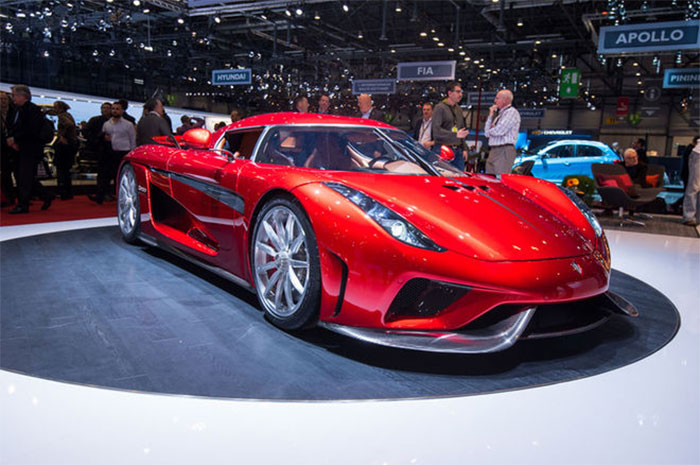 The Geneva auto show is the place for exotic cars to debut and this year’s show is no different. Koenigsegg is on hand and has unveiled the production version of the Regera and to say that the car is impressive is an understatement. It has the familial Koenigsegg styling and packs 1500hp under the hood.

The production car is actually lighter than the concept car that debuted last year weighing in at 3,505 pounds wet. According to Koenigsegg, 3,000 changes were made to the production car compared to the concept. One big source of weight savings was a change in the battery that saved 55 pounds and still provides 4.5 kWh or power.

More weight savings were made with a new external charger, smaller 800V AC compressor, and lighter DC/DC converter. The car has three electric motors and a 5.0L twin-turbo V8 for 1500hp and 1475 lb-ft of torque combined. Koenigsegg says that should mean 0-62mpg in 2.8 seconds. I’d think with that much power and torque on tap, traction would be an issue. Only 80 copies of the car will be made with the car going on sale later this year.