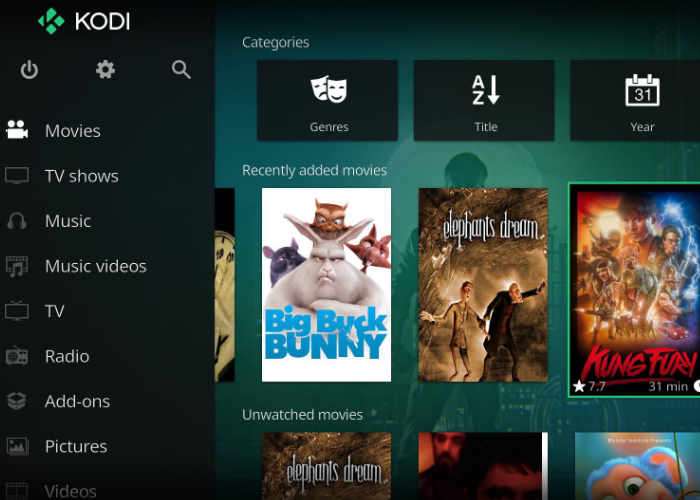 The development team at Kodi (formerly known as XBMC) have this week rolled out the latest release candidate for the media centre software in the form of Kodi 17 which is now available on a wide variety of platforms and brings with it new features, tweaks and enhancements.

Kodi v17.0 Krypton is now available to download for PC, Linox, Mac, Android, iOS and can be loaded onto a Raspberry Pi mini PC to create an awesome home media centre if desired.

Development is also ongoing on the next version Kodi v18.0 Leia which is available nightly and contain all the most recent changes. Although they should be considered unstable for daily usage. Kodi explains a little more about its awesome media centre software :

Kodi is an award-winning free and open source (GPL) software media center for playing videos, music, pictures, games, and more. Kodi runs on Linux, OS X, Windows, iOS, and Android, featuring a 10-foot user interface for use with televisions and remote controls. It allows users to play and view most videos, music, podcasts, and other digital media files from local and network storage media and the internet. Our forums and Wiki are bursting with knowledge and help for the new user right up to the application developer.

The official Kodi version does not contain any content what so ever. This means that you should provide your own content from a local or remote storage location, DVD, Blu-Ray or any other media carrier that you own. Additionally Kodi allows you to install third-party plugins that may provide access to content that is freely available on the official content provider website. The watching or listening of illegal or pirated content which would otherwise need to be paid for is not endorsed or approved by Team Kodi.

For more information on the new Kodi 17 release jump over to the official website for details by following the link below.