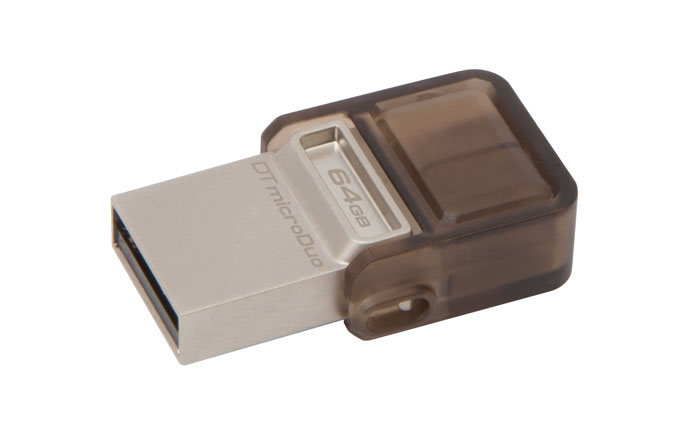 The flash drive can be had in multiple capacities including 8GB, 16GB, 32GB, and 64GB versions. When the storage drive is used with tablets or smartphones, the device has to support USB On The Go or the drive won’t function. To use the microDuo with a mobile device does require an application.

The app is available for Android devices and allows the transferring of files to and from the smartphone or tablet to the drive. This will be a nice product for users that want to easily get large video files or photos off their tablet and smartphone and onto the computer while on the go. Pricing for the microDuo is unavailable. If your Android device lacks USB OTG support, the microDuo won’t function.