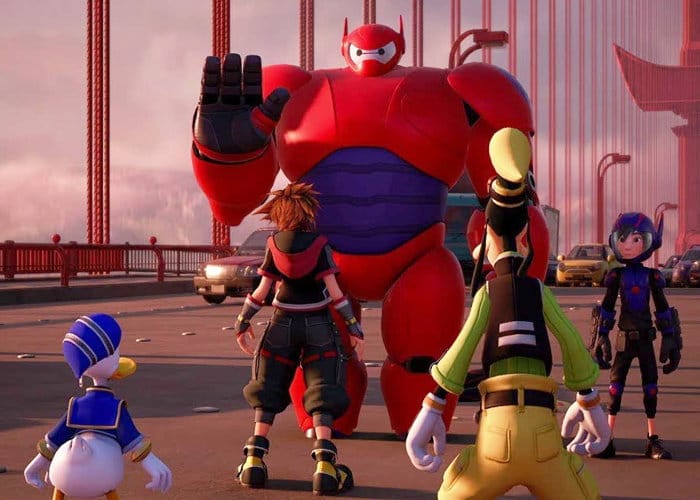 The highly anticipated Kingdom Hearts III will be officially launching on the PlayStation 4 and Xbox one early next year and will be available to enjoy from January 29th, 2019 onwards. To wet your appetite ahead of its launch watch “Keyblade Hero 3 fight alongside Big Hero 6 in San Fransokyo” in the trailer embedded below.

Kingdom Hearts III is an upcoming action role-playing video game offering hack and slash combat has been developed and will be published by Square Enix. The latest game in the series will be the 12th instalment in the Kingdom Hearts series, a sequel to Kingdom Hearts II, and the final chapter in the Dark Seeker saga.

“Sora returns as the main playable character, once again joined in the party by Donald Duck and Goofy,[7] with the ability to have two additional characters join the party for a total of five-player parties. This is an increase from previous main entries in the series, where players were limited to two additional party members at any given time along with Sora”