Microsoft has announced that its Kinect Star Wars Xbox 360 bundle will go on sale in the US on the 3rd of April, and the console will cost you $449, which includes an R2-D2 themed console, a C-3PO themed controller and a white Microsoft Kinect sensor, plus the Kinect Star Wars Game. 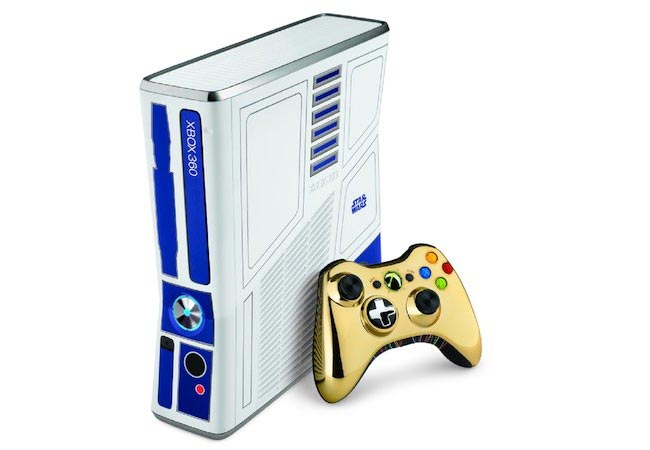 With five dynamic modes – Jedi Destiny: Dark Side Rising, Podracing, Rancor Rampage, Galactic Dance Off and Duels of Fate – “Kinect Star Wars” makes it possible for Star Wars fans of all ages to delve into immersive Star Wars experiences. In addition to the previously announced Jedi, Podracing and Rancor modes, Xbox 360 and LucasArts have today unveiled new additions to the game, including:

You can find out more information about the Star Wars Kinect Xbox 360 bundle over at Microsoft.