Since its launch Microsoft’s Kinect motion controller device has been used for a wide range of amazing projects, and has now been used to create a interactive topographical map, or rather an interactive augmented reality sandbox, with real-time water simulations.

Using the Kinect devices users are able to dig and manipulate the sand within the augmented sandbox, creating new valleys and mountains. Into which water can then be run and manipulated in real time, watch the video after the jump to see the Kinect sandbox concept in action. 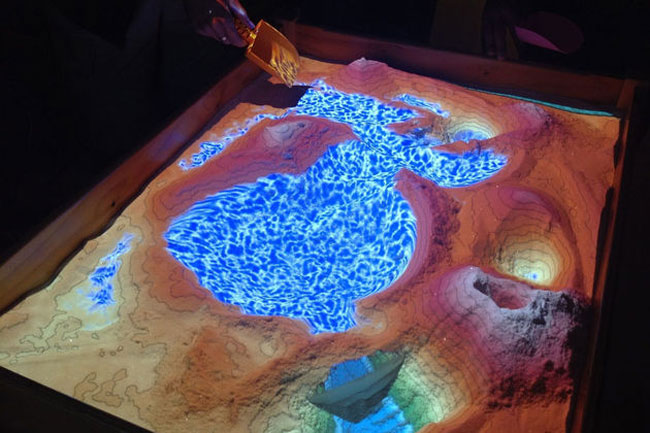 The new Kinect powered augmented reality sandbox has been created was a concept to show what can be used to help younger students, learn about topography in an engaging way.

The concept is expected to be on show at the ECHO Lake Aquarium and Science Center in Burlington, Vermont sometime soon, and was developed with their help and assistance from Oliver Kreylos of UC, Davis, the Tahoe Environmental Research Center, and the Lawrence Hall of Science at UC, Berkeley.