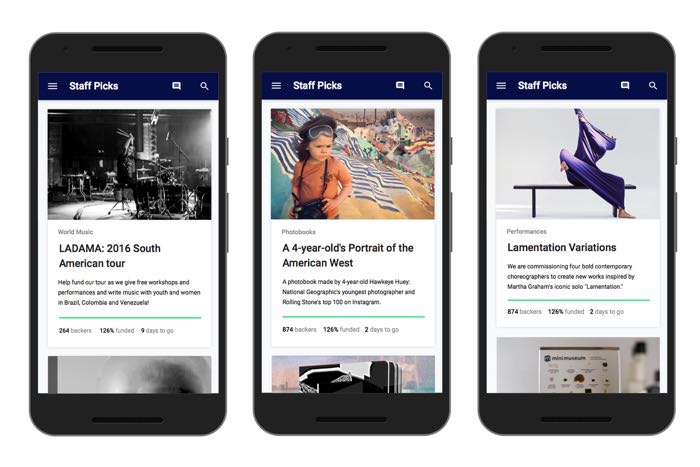 The Kickstarter App has been available on Apple’s iOS platform for some time and now the crowd funding site is finally launching its app on Google’s Android platform.

Explore thousands of creative projects all on the Kickstarter app!

Kickstarter is home to a community of people working to bring creative projects to life. Together, they’ve pledged over $2 billion to support everything from art, to games, innovative technologies, Oscar-winning documentaries, and much, much more.

The app also gives you updates on existing projects you have back and you can also see what projects your friends are supporting.

The new Android version of Kickstarter’s mobile app is now available as a free download from the Google Play Store.