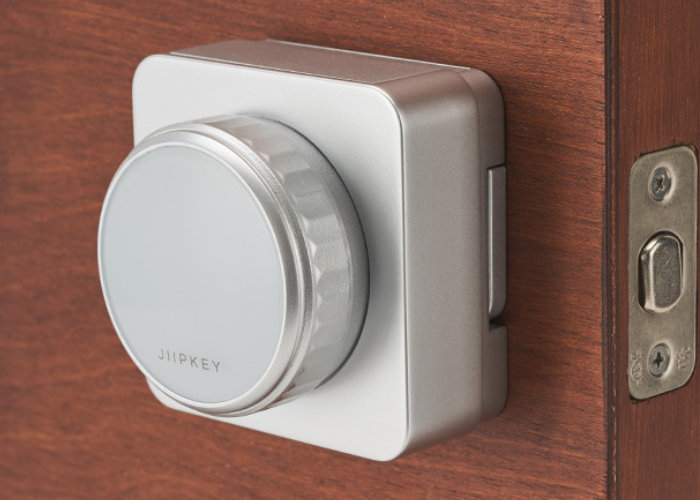 A new keyless door lock that can be opened from your smartphone has been developed by WikiBox, that requires no wireless or Bluetooth connection, and uses “Undetectable SoundKeys” to unlock doors. Watch the video below to learn more about the JIIPKEY SoundKeys which have been developed to provide users with the most efficient, convenient and safest door lock available.

thanks to the locks companion application a wealth of features are made available without the need for a direct wireless connection to the lock from your smartphone. “You can generate encrypted a SoundKey in the form of a audio file through the JIIPKEY application. Press play in front of the door lock to play the SoundKey and unlock the door. JIIPKEY hears sound and then decodes the sound wave to digital information verify digital key and unlock the door. You don’t need any additional special communication modules. JIIPKEY works even without internet connection.” 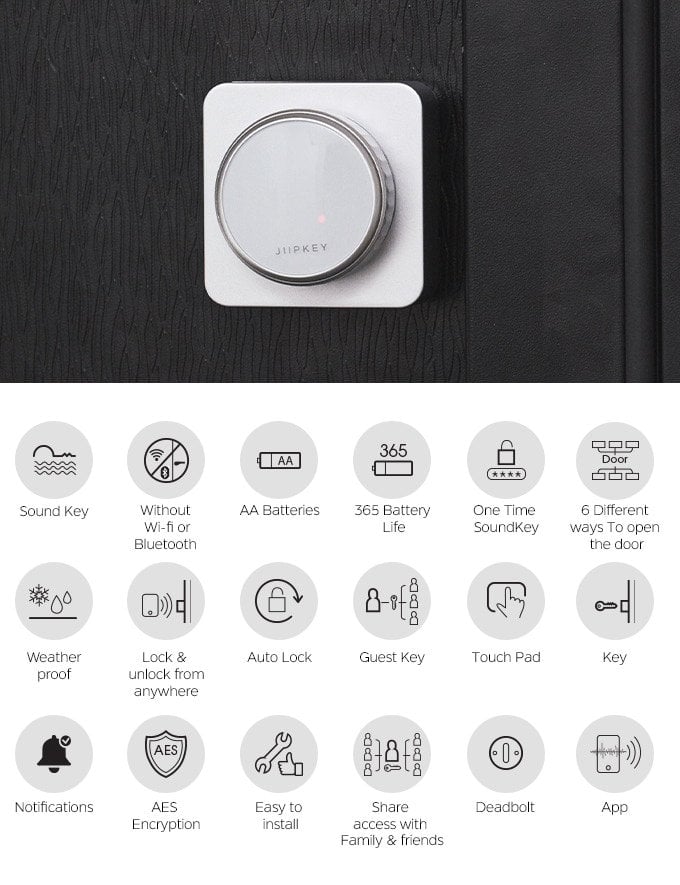 Launched via Kickstarter this week early bird pledges are available from $99 or roughly £80 and worldwide shipping is expected to start during April 2020. The JIIPKEY has been designed to be compatible with the most common deadbolt locks on the market today.

“JIIPYKEY’s strongest competitive advantage is in its ability to issue temporary and permanent keys in the form of sound files (SoundKey). They can be delivered in various forms such as text messages, Facebook private messages, and other third party messaging apps. We plan to develop smart door lock that can be combined with various services such as shared service and access control system so that your house key can be used in the most convenient manner possible.”