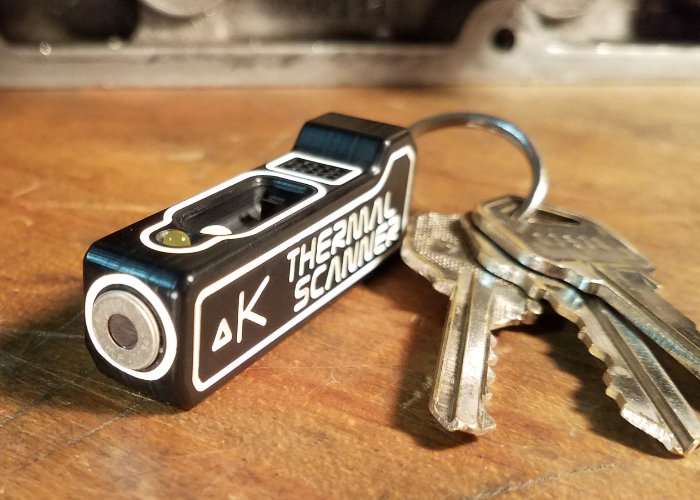 Asa Cannell has created a new thermal scanner which is small enough to carry on your keys and provides all the functionality of its expensive thermal camera counterparts but at a fraction of the cost.

Watch the demonstration video below to learn more about the deltaK tiny thermal scanner which has taken to Kickstarter to raise the $35,000 required to move the device into production.

Its developer explains more about the inspiration and construction of the deltaK thermal scanner.

Scan surfaces for thermal variations using the deltaK, a new type of thermal scanner that offers much of the functionality of a thermal camera but at a much lower cost, and small enough to fit on a keychain.  As the deltaK is moved over a surface, it emits a tone which changes in pitch as the temperature being scanned changes relative to the starting point of the scan. This makes it easy to find temperature variations on a surface, which would normally require a thermal camera.

The deltaK has three sensitivity ranges, which allow it to be used on surfaces with large or small temperature variations. For instance, the least sensitive range could be used to scan an automotive cooling system, while the most sensitive range could be used to scan a wall for hot or cold objects beneath the surface. Even a change of 1°F can be easily heard on the highest sensitivity setting. Under some circumstances this is sensitive enough to detect wood studs in a wall.

For more information and to make a pledge from just $55 with worldwide shipping expected to take place during October 2017 jump over to the Kickstarter website via the link below.