A long time ago, before Kanye embarrassed himself during a particular music awards, a video shoot for the song Stronger. In it, this replica of Kaneda’s bike from Akira, perhaps the greatest animated in the 20th century, had a short cameo. That cameo never made the final cut, so it’s been languishing somewhere all these years. 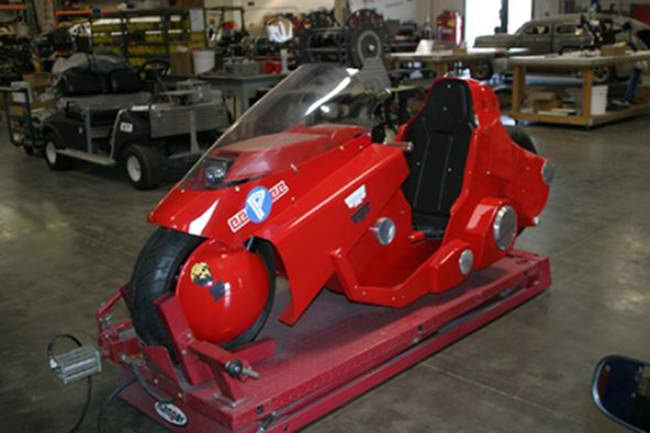 Now it’s on sale at Craigslist for $4,000, no thanks to a Kanye West signature above the rear wheel. The price really is a shocker considering this prop works more like a sculpture than actual Akira merch. Still, for moneyed fans of the seminal Japanese anime film, $4,000 would be a good enough investment.Think of Kaneda’s bike as among the most enduring sci-fi vehicles next to the Millenium Falcon and the starship Enterprise.

The bike was made by veteran fabricator Eddie Paul and can actually fit a single passenger. Fat people can’t squeeze into it though.