RIKEN and Fujitsu have today announced that their Japanese supercomputer named “K Computer” which took the number one slot for being the worlds fastest computer back in June has now increased its lead even more by passing the 10 petaflop milestone.

The K Computer broke its own record by improving its processing speed to 10.51 petaflop with its 88,128 processors executing over 10.5 quadrillion calculations per second. Which it managed to run for 29 hours straight without failure. 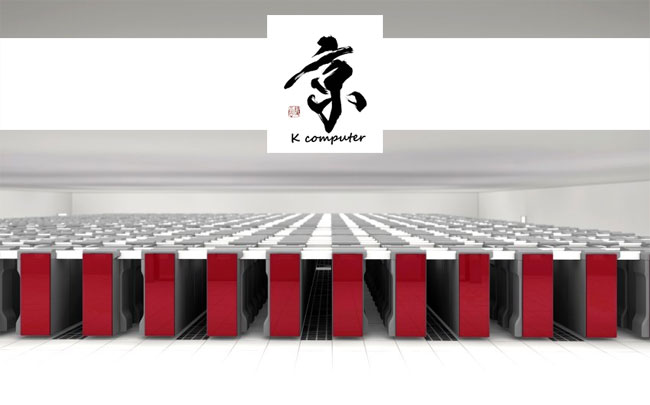 The measurements for the record were taken using Linpack and the K Computer has been developed as a joint enterprise between RIKEN and Fujitsu. The K computer brings together leading-edge technologies, including ultrafast and energy-efficient CPUs and a network capable of an immense amount of interconnectivity, to create a high-performance, highly-reliable supercomputer.

RIKEN and Fujitsu have been working together to develop the K computer, with the aim of beginning shared use by November 2012, as a part of the High-Performance Computing Infrastructure (HPCI) initiative led by Japan’s Ministry of Education, Culture, Sports, Science and Technology (MEXT).