A dedicated team of Jurassic Park fans have been busy developing a new mod for Valve’s Half Life 2 game, which brings to virtual gaming life the Spielberg’s classic blockbuster film Jurassic Park. 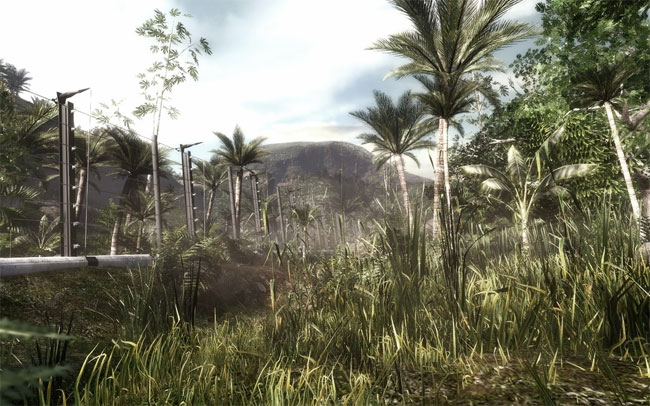 “What you will see it the fruit of collaboration between several member this year. We finished the explorer, drivable, and new weapons, usable, like the machete and SPAS12 which has been redone. We also advanced a lot with NPC, our character models, Nedry and Hammond are still in progress but have advanced much more and are included in the game. New fauna has been added, birds, insects, crocodiles, and, of course, many new dinosaurs, animated, and hostiles.

We are also working on a whole new AI for dinosaurs, so the most clever of them will patiently hide so he can ambush you when you feel safe. All levels have been greatly improved, with better lights, better design to enhance your experience. Optimizations have naturally also been done to, in fact they take up a lot of the mappers time as each individual object has to be addressed and given the properties to give the smallest amount of mark on the performance while still looking good.”

The team is currently looking for help from  a coder/programer to help on AI, and unique features of Jurassic Life that need improvements to inventory, climate change… and the like. So if your skills are up to the job drop them an email. For more information jump over to the Jurassic Life mod website.