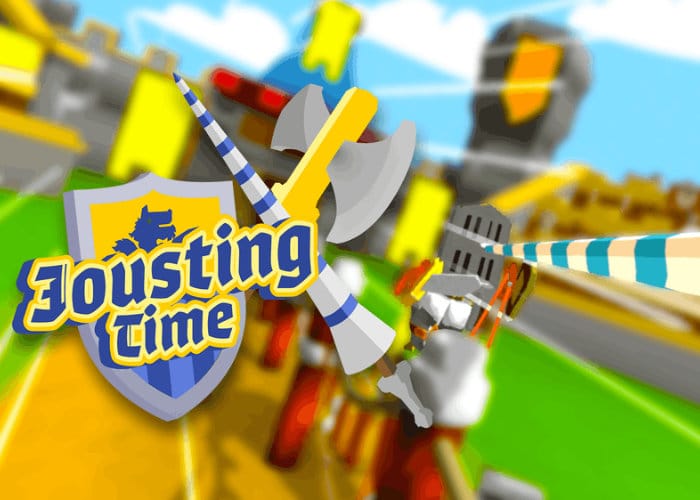 Developer Trebuchet based in Montréal, Canada has this month launched a new Kickstarter campaign for its online multiplayer VR jousting game aptly named Jousting Time, which allows players to engage in virtual reality duals and enjoy interactive spectating features. Watch the demonstration video below to learn more about the game’s concept and the different roles available.

Jousting Time, is targeting SteamVR compatible headsets such as the Oculus Rift, HTC Vive and Windows Mixed Reality headsets and is now available to back via Kickstarter with pledges starting from just £3 or CAD$5. “Ever dreamt of becoming a jouster but then realized at the last second that you don’t own a horse? Well, here we come to the rescue! Jousting Time is an online multiplayer VR jousting game that everyone can enjoy! The game showcases VR players fighting intense duels with interactive community spectating features for non-VR players.”

Created to provide two genuine unique experiences offering both fighting and spectating in virtual reality Jousting Time provides a virtual reality arena complete with seating area for spectators during which virtual reality nights can battle it out using ink ER weapons with their own skill set to learn and use effectively.

For more information and full specifications as well as a list of all available stretch goals jump over to the Kickstarter crowdfunding website by following the link below.