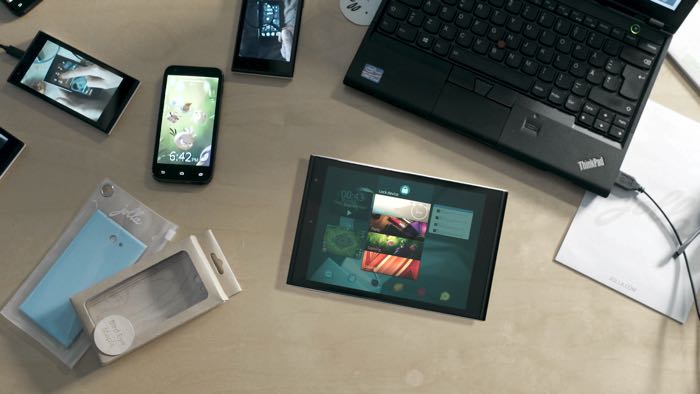 Not too long ago, Jolla added some stretch goals to their Indiegogo campaign, which if met, would add more interesting features to the tablet.

Recently, the company met its first stretch goal of $1.5 million which would introduce microSDHC support of up to 128GB to the tablet, which means storage hungry users can get a lot of extra space to store all types of files on their Jolla Tablet.

As of now, the company has raised over $1,510,000 on their Indiegogo campaign with four more days to go. The next stretch goal is at $1.75 million which would add Split-screen support to the tablet, but the chances of reaching it are a little slim since the campaign will end in the next few days, that is, December 9th.

The tablet features 7.9-inch display sporting a resolution of 2048 by 1536 pixels with a 330 ppi pixel density, a 64-bit Intel chipset for processing power paired with 2GB of RAM and 32GB of internal storage (and a microSDHC card support of up to 128GB), 5MP camera for photos and videos, 2MP front-facing camera, a 4,300 mAh battery and Sailfish OS pre-installed out of the box. The tablet is expected to ship to backers in May 2015.

Are you one of the backers for the Jolla Tablet?