Coming soon to a netbook near you, is a new OS called Jolicloud, which is based on Linux and designed to be used on netbooks and small notebooks. 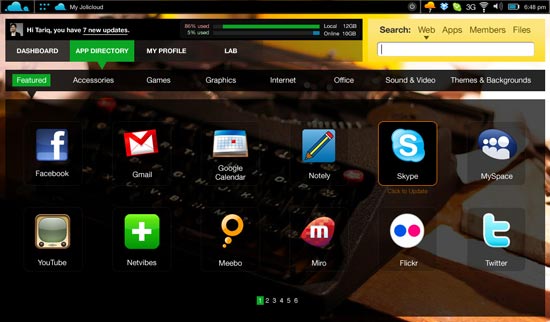 Jolicloud is the brainchild of Tariq Krim, and it is designed to be used on netbooks, it will aim to provide faster boot times than other OS’s available.

As you can see from the photo the OS features an icon based navigation, this certainly will be interesting when it is released.