Get this: he was armed with two lightsabers. They might be able to deflect blaster shots, but pepper spray? Don’t count on it.

Nah, kidding. No pepper spray was used in the real incident over at Hillsboro, Portland, Oregon. According to local rag The Oregonian, a 33 year old man named David Allen Canterbury assaulted people with toy lightsabers at Toys R Us, prompting a 911 call. He then vacated the premises and tousled with the police, who wrestled him to the ground after their taser attempts were thwarted…by a guy with a couple of toy lightsabers. 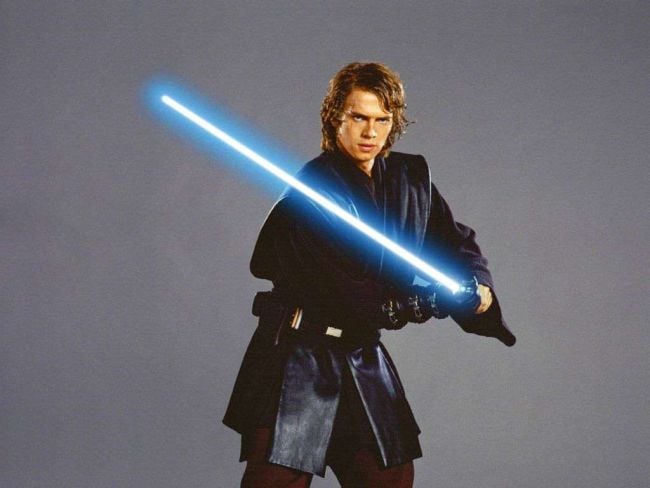 Okay, for the sake of being factual, here’s a portion from the actual news report that broke the story:

Officers tried to arrest Canterbury, but he kept swinging the lightsabers at them, Simpson said. One officer tried to use his Taser but the device didn’t work.
Another officer used his Taser, but Canterbury knocked one of the wires away with a lightsaber.
Police eventually wrestled Canterbury to the ground and arrested him, Simpson said. He was taken to an area hospital for a mental evaluation. He faces allegations of disorderly conduct, theft, assault, resisting arrest and interfering with a police officer.

Two lightsabers? Can’t be a Jedi. A Sith Lord, probably. Considering he took on the cops all by himself; some mad fighting skills right there.