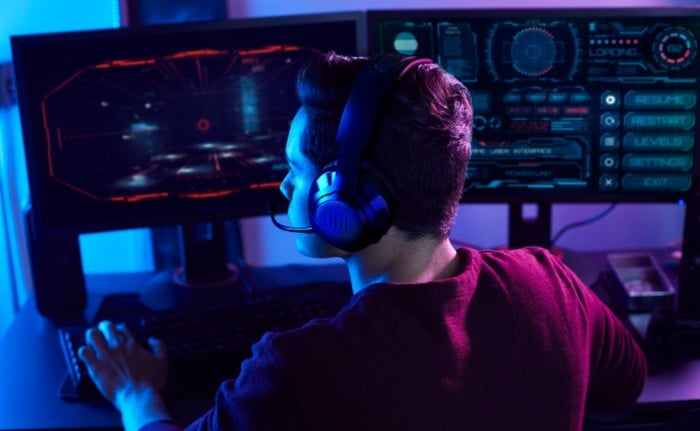 In conjunction with launching their new JBL PartyBox 710 and PartyBox 110 speakers JBL have also introduced a new wireless gaming headset in the form of the JBL Quantum 350 offering 2.4 GHz wireless connectivity. The wireless headset offers 22 hours of play on a single charge and can be used if needed when charging thanks to Power & Play technology. Equipped with speed charging features gamers can expect to enjoy one hour of playback from just a five-minute charge.

JBL have fitted the headset with JBL’s QuantumSOUND Signature offering gamers cinematic-quality audio from 40 mm drivers, and putting the player in the center of the game, says JBL. The JBL Quantum 350 has a detachable, directional voice-focus boom mic and has been developed for Discord but as you might’ve guessed is compatible with Skype and TeamSpeak.

“Gaming is moving further into the mainstream with gamers requiring enhanced flexibility in their set up. By introducing the JBL Quantum 350 Wireless to our existing JBL Quantum series of headsets, we meet this need and deliver outstanding JBL sound and build quality with a feature set that is unmatched,” said Dave Rogers, President, HARMAN Lifestyle Division. “A fully wireless headset lets gamers move around when playing, switching from PC to PS5, or getting further away from their devices but still hearing and feeling every sound.”