JBL have released an couple of new surround sound docks for the iPhone and iPod. Both the On Stage IV And On Stage Micro III look very similar in design and style but the Micro is designed to be more portable than the Stage IV. 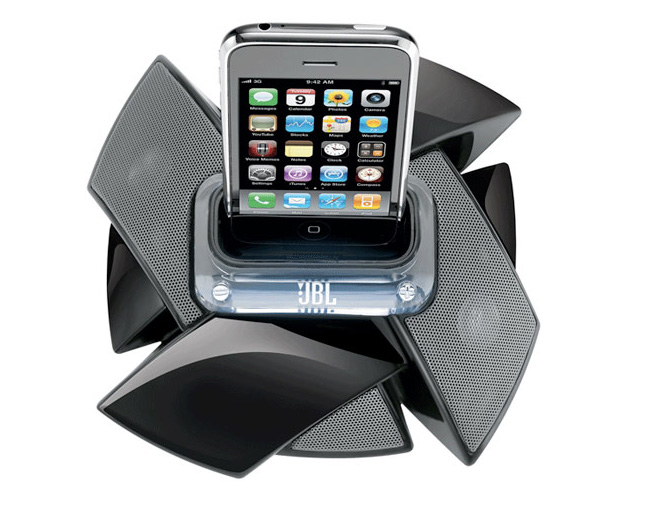 The larger Stage IV uses 6 x AA batteries and the Micro III only 4 x AAA and can pump out music for 24 hrs on a single set. Both units also connect directly to iTunes via USB 2.0 with a Mac or a PC to synchronise with iTunes. 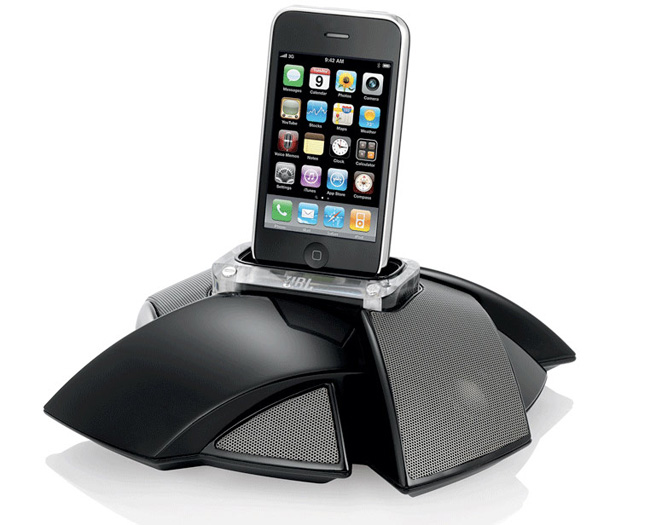 Each one ships with an IR remote, touch volume controls and a built-in stereo mini-jack input. The On Stage IV is expected to ship soon for $179.95 and the Micro III for $119.95.