This device is no Android OS-powered mechanical appendage, no sir. It’s something similar though, a cybernetic hand complete with digits and joints. And if you’re wondering why the image down south is that of a famous scene from T2. That’s because the Handroid itself has an eerie similarity to the robot prostheses from the classic movie. 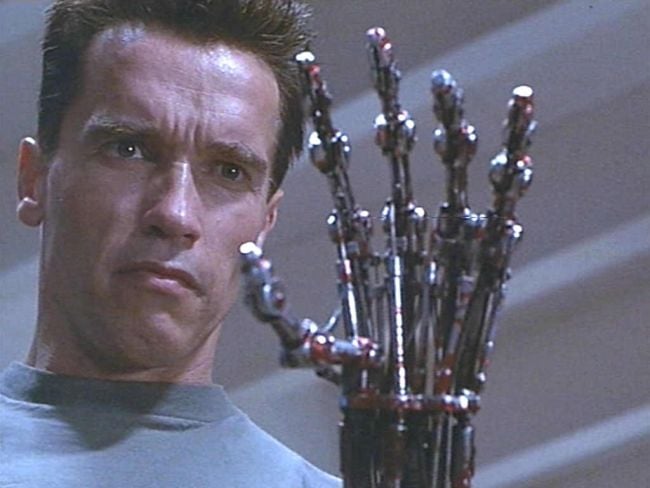 Actually the Handroid from ITK, a tech firm that specializes in robotic tools, is more an attachment than a prostheses. This means that the $6,500 Handroid they’re currently hyping is meant for job sites like construction or engineering. Not sure if it’s modular enough to have attachments, like laser fingers or a rocket launcher or even a robotic lock pick like in the robocalypse movie.

The Handroid is a remote-controlled (via glove) limb that can work like a precision tool and accomplish challenging tasks. Can it replace a real hand? ITK are working hard at creating a full-blown prostheses. The Handroid itself won’t go live until 2014 so there’s ample time to save money. Unless, of course, the machine uprising engulfs the world first.