We have been hearing rumors over the last few days that Comex would be releasing a new jailbreak for the iPad 2, and it has now been released, and can be installed on your iPad 2 by visiting JailbreakMe.com from your iPad 2.

The JailbreakMe will work with the original iPad running ios 4.3 and 4.33 and the new iPad 2 running iOS 4.33, it will also work with the iPhone 3GS, iPhone 4 and the third and fourth generation iPod Touch. 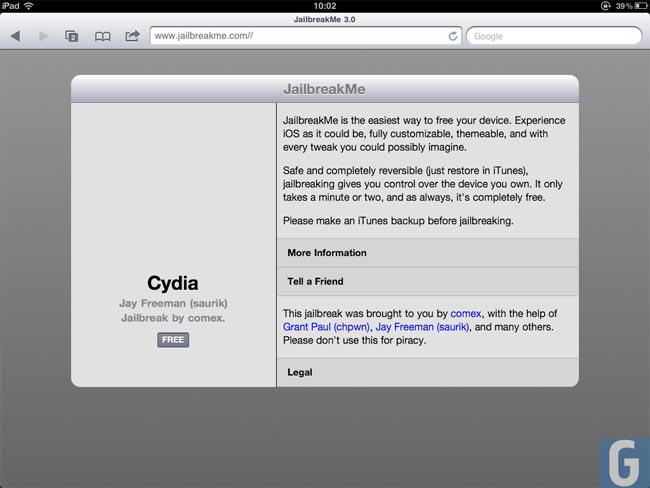 The video below shows the JailbreakMe jailbreak running on the Pad 2, and it was put together by the guys over at the iPhone download blog.

You can find out more information over at JailbreakMe.