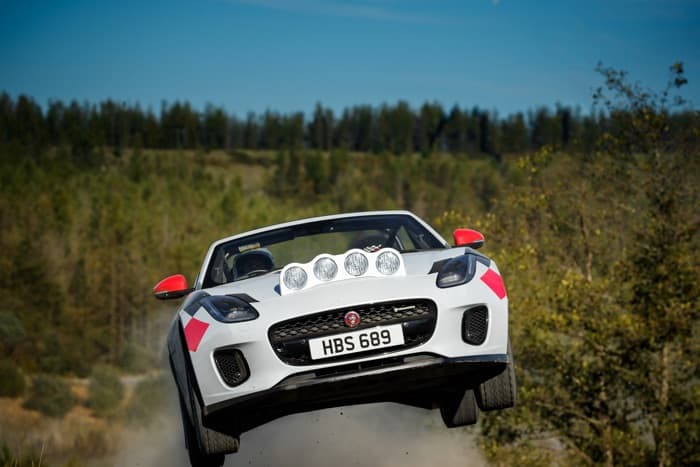 Jaguar is celebrating 70 years of sports cars heritage with the new Jaguar F-Type Rally Cars, it is 70 years since the Jaguar XK 120 was revealed back in 1948.

The one-off F-TYPE rally cars also pay homage to the legendary Jaguar XK 120 registered ‘NUB 120’ which, in the early 1950s in the hands of Ian Appleyard, completed three consecutive Alpine Rallies without incurring a single penalty point, and won the RAC and Tulip.

Both rally-specification F-TYPE Convertibles are powered by Jaguar’s 300PS 2.0-litre Ingenium four-cylinder petrol engine. With modifications overseen by Jaguar Design and Engineering, both cars were built to FIA specification, with comprehensively uprated brakes and suspension fitted alongside a protective rollcage, race-seats with six-point harness, bonnet-mounted light pod and fire extinguisher.

You can find out more details about the new Jaguar F-Type Rally Cars over at Jaguar at the link below.