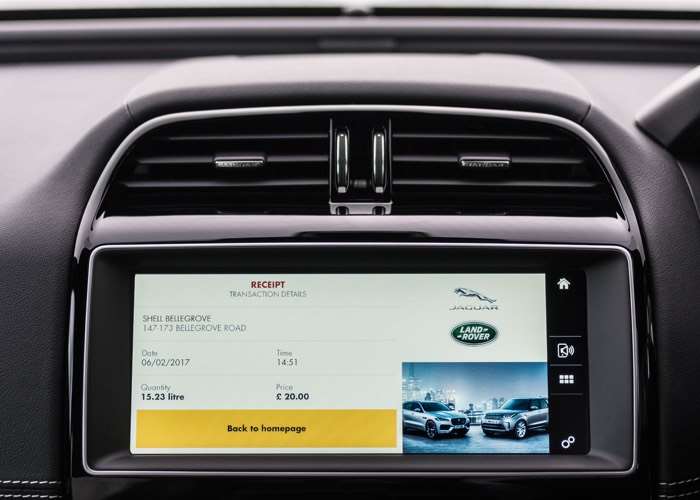 It is already pretty easy to pay for your fuel at petrol stations in the UK with pay at the pump systems and now Jaguar is looking to make it even easier.

Jaguar has teamed up with Shell for a new in car payment system that will allow Jaguar drivers to use PayPal or Apple Pay from the touchscreen in their vehicle to pay for fuel.

The Shell app is one of several new enhancements to Jaguar’s F-PACE, XE and XF models. Other updates include the introduction of the latest efficient Ingenium petrol and diesel engines and the addition of convenience features such as gesture technology where the sweep of a foot can open the boot.

Rather than using a card at the pump, or queuing in the forecourt shop, owners who install the Shell app can simply drive up to any pump at a Shell service station (initially in the UK and then globally) and use the vehicle’s touchscreen to select how much fuel they require[2] and pay using PayPal or Apple Pay. Android Pay will be added later in 2017.

You can find out more details about this new in car mobile payment system from Jaguar and Shell at the link below.