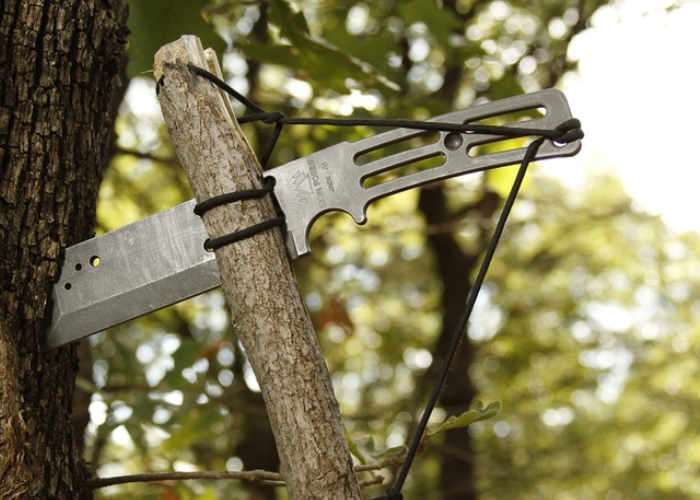 Anyone who enjoys exploring the outdoors and would like a lightweight yet versatile multi-functional survival tool, may be interested in a new tool which is being created by Cameron Benson, called the Jack.

Jack has been designed to be the most useful tool possible for the outdoors offering a wealth of functionality in a tool that is both lightweight and strong. Watch the video below to learn more about its construction and functions.

Cameron explains more about the inspiration behind the Jack survival tool :

In 2015 I had an idea for what I believed could be a very useful tool. After the first prototype was a success, I decided to bring it to market. The goal for this tool was to incorporate as many useful features as possible, without compromising the usability of those features. After making many improvements to the design, the Jack is ready for production.

The Jack makes an excellent camp and survival knife. It has a 6″ cutting edge excellent for chopping, batoning, and general purpose cutting. Its edges are radiused to lessen abrasion on hands and lashing cord. The large choil makes finer cutting tasks easy. The Jack has a sharpened 90-degree spine excellent for scraping and use with a fire steel. It also features a dimple in the handle for use with a bow-drill.

Baton the knife into the end of a stick, wrap paracord through the lashing holes, and you have a powerful chopping tool. This benefits the user by making chopping faster, and easier. It will also reduce fatigue by spreading the work to more muscle groups.

The Jack includes a Blade Tech Tek-Lok belt clip. These are extremely versatile, secure, and durable. They are adjustable to fit nearly any belt. They can  also be fastened to MOLLE webbing on a bag or vest.

For more information on the new Jack survival tool jump over to the Kickstarter website for details and to make a pledge from $179 for the early bird edition by following the link below.