We have seen quite a few different geeky cakes here at Geeky Gadgets, especially some cool Star Wars themed ones, the latest one if definitely one of the coolest Star Wars geeky cakes we have seen so far, the Jabba The Hut Birthday Cake.

The Jabba The Hut Birthday Cake was made for Flickr user icruise by a friend for his birthday, we think he is a bit of a Jabba the hut fan as het has his own website dedicated to Jabba the Hut collectibles called Mighty Jabba’s Collection. 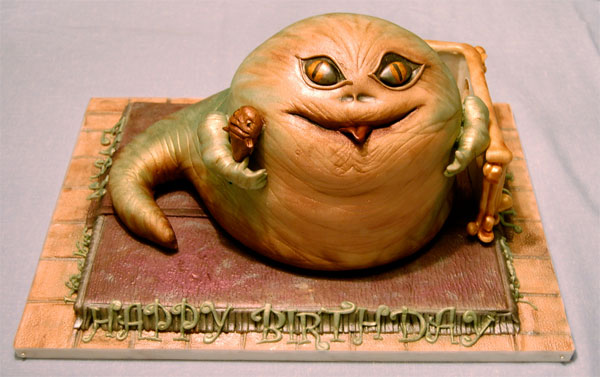 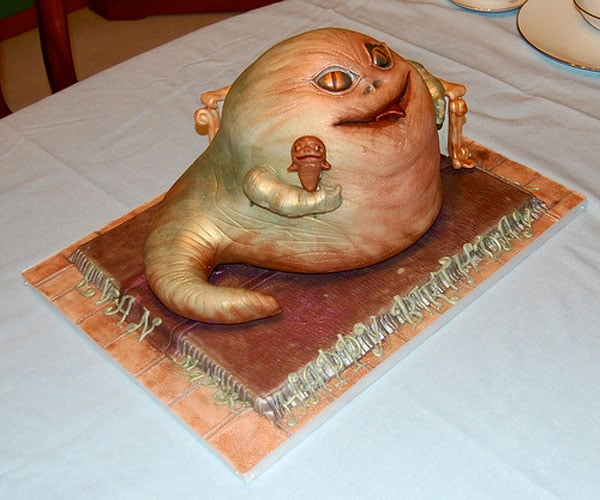 This is my birthday cake this year — Jabba the Hutt. A friend of the family kindly made this for us and I think she did a fantastic job (she also made my iPhone cake 3 years ago). My four-year-old son likes Jabba’s son Rotta and requested that the cake have Jabba and Rotta hugging, so that’s what we did. 🙂 Jabba is made of chocolate cake, chocolate fudge, and fondant.

Head on over to Flickr to check out lots more photos of this cool Jabba The Hut Birthday Cake, I think this is my favourite Star Wars cake we have featured so far on Geeky Gadgets, although the Star Wars AT-AT cake comes in a close second.