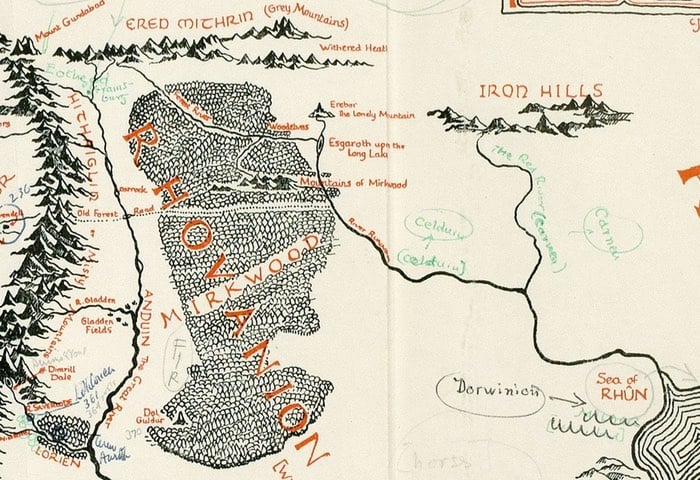 A newly discovered map of Middle Earth featuring annotations from its creator, J.R.R. Tolkien has been unveiled this week after being found in a copy of a book owned by illustrator Pauline Baynes.

The annotations on the Middle Earth map now shed some light on the inspiration behind the writings of J.R.R. Tolkien and the map was discovered loose in Pauline Baynes’ copy of The Lord of the Rings.

Baynes was tasked with creating a colour map of Middle-earth for Tolkien, which would go on to be published by Allen & Unwin in 1970. The Guardian newspaper explains more :

The novelist also uses Belgrade, Cyprus, and Jerusalem as other reference points, and according to Blackwell’s suggests that “the city of Ravenna is the inspiration behind Minas Tirith – a key location in the third book of the Lord of The Rings trilogy”.

Blackwell’s, which is currently exhibiting the map in Oxford and selling it for £60,000, called it “an important document, and perhaps the finest piece of Tolkien ephemera to emerge in the last 20 years at least”. Blackwell’s is selling a range of works by Baynes, who died in 2008, aged 85, including a range of her original signed drawings from the Narnia books. 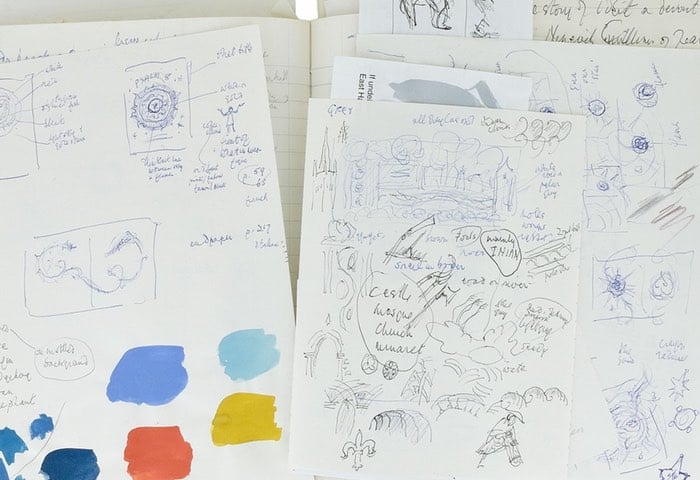