Apple’s iTunes Radio launched in the US last September, and now according to a recent report, iTunes Radio is the third most popular music streaming service in the US.

It took Apple’s iTunes Radio just six months to reach number three, ahead of it are Pandora and iHeartRadio, and it is now more popular in the US than Spotify which is currently at number four. 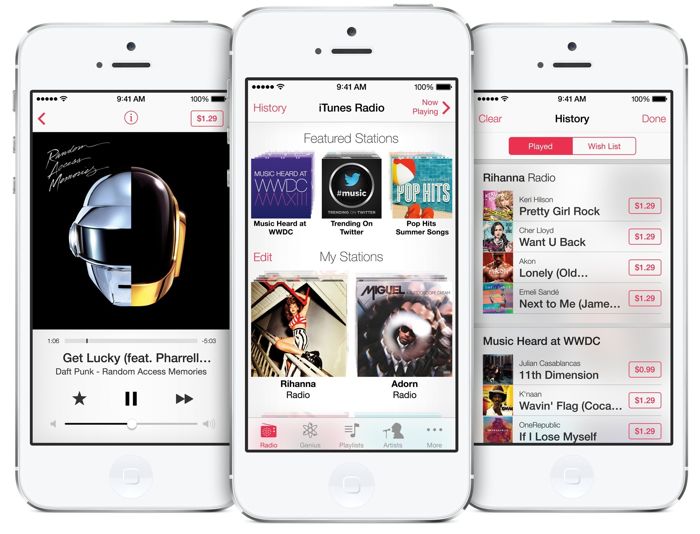 According to the 2014 edition of Edison’s annual audio report “The Infinite Dial”, Pandora remains the most popular music streaming service in the United States. 31 percent of those polled for the report stated to have used Pandora within the last month. That puts the ad-supported online radio healthily in front of iHeartRadio and iTunes Radio which were used by 9 and 8 percent of the respondents, respectively. Ranked fourth, Spotify was the first on-demand streaming service on the list with an adoption rate of 6 percent. 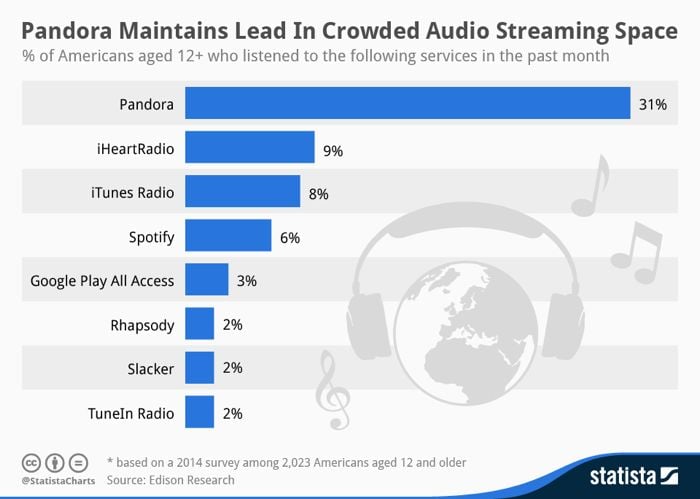 The figures above cover 20 million users of music streaming services in the US, this would mean that Apple with an 8 percent share of the market has around 1.6 million users on iTunes Radio.

It will be interesting to see how popular iTunes Radio becomes by the end of the year, and whether Apple will be able to grab second place from iHeartRadio