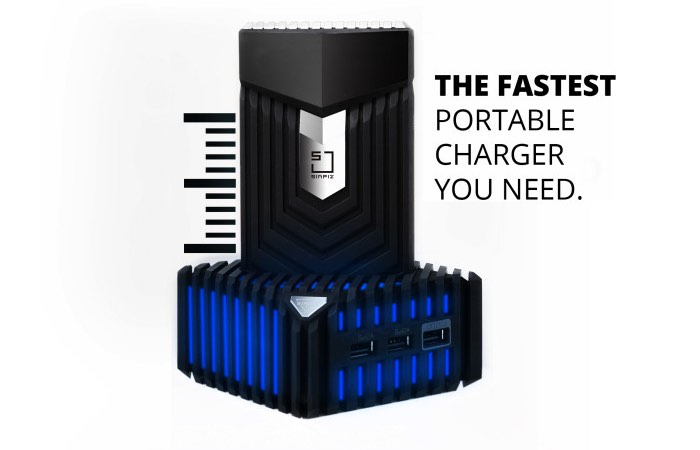 Anyone who needs to charge their smartphone or mobile devices in a short amount of time might be interested in a new super fast charger called the iTron which is capable of charging an iPhone five battery in just three minutes.

The portable battery charger is capable of being recharged from flat in just 18 minutes and it’s equipped with a 9000 mAh battery. The size battery on more conventional power packs can take up to 8 hours or more to recharge from flat.

Watch the promotional video below to learn more about the super fast charger technology that has been incorporated into the iTron portable battery pack. Its creators explain a little more about the devices inspiration and features. 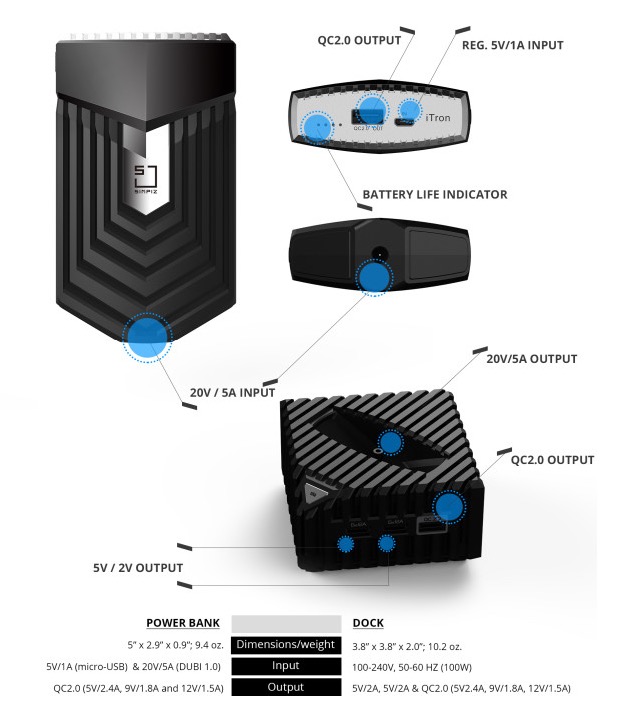 Living in the modern world, we’re constantly on our smartphones 24/7 — but the problem is most smartphone batteries can’t keep up with our lifestyle and the way we use our phones. So, we’re forced to rely on portable chargers to get through the day. But as most of us can attest, when you need portable batteries the most, like a night out on the town or a quick weekend vacation, you forget to recharge them! So either you leave it behind or you unknowingly bring along a dead portable power bank. We’ve all been there. And we know the frustration. But that aggravation is coming to an end with the iTron.

The iTron was created for those who are too busy to waste precious hours waiting on a portable charger! iTron is the fastest portable charger that only needs 3 minutes to charge up enough juice to power a phone. 3 minutes won’t fully charge the iTron, but it’s enough power for your phone! With iTron’s 9000mAh capacity, it can charge most smartphones three times or more after only 18! You’re ready to go and conquer the world, knowing iTron can keep your phone juiced.

For more information on the new iTron super fast charger jump over to the Indiegogo website for details and to make a pledge from just $79 for early bird backers.