Due to the microgravity in space and a little downtime that NASA allows the ISS astronauts, ISS Astronaut Chris Hadfield has created a whole new type of game called space darts.

Space darts are custom made darts Chris has put together using camera batteries and zipper ties, together with a paper sheet fin for stability. Check out the video after the jump to see Chris introduce his new game in space. 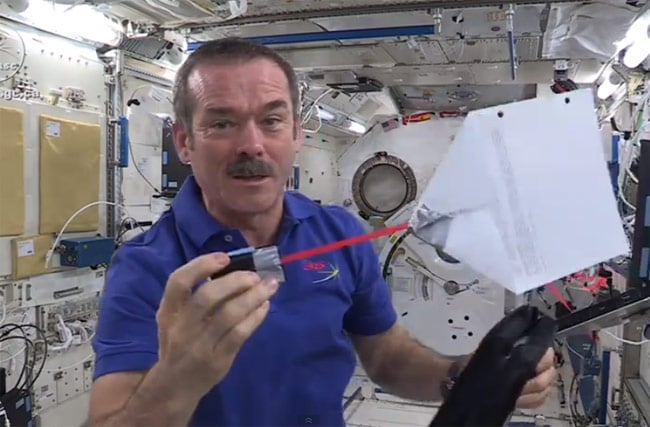 Other games the ISS astronauts play include scrabble which is played on a velcro board, and the guys over at the Tested website create a few more games for the astronauts to play during their downtime.