The ongoing IFA 2010 continues to feed the tech world many new wonders. Among the vast array of devices being premiered on a regular basis, iriver’s Cover Story marks another brave entry into the uber-competitive e-reader market. 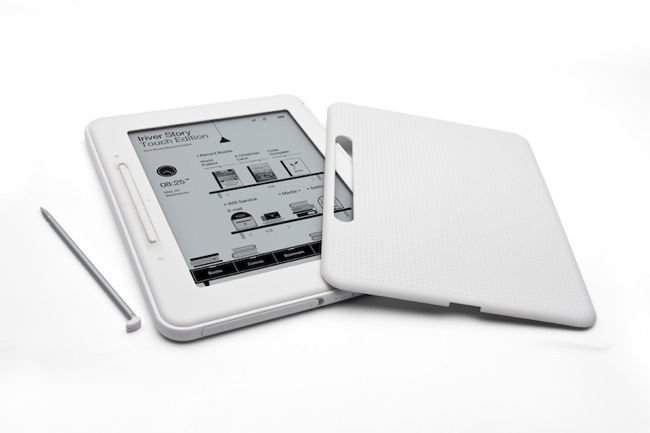 The Cover Story is a rather straightforward device, all smooth contours and slimness. There’s a stylus to the right of the 6-inch E Ink display. Unfortunately, there’s neither WiFi nor 3G connectivity. Already disqualified as a serious challenge to the Kindle, bloggers have relegated the Cover Story to a lower weight division in league with Sony’s PRS650

Now in case you’re wondering what the stylus is for, the Cover Story is grade A excellent for note taking thanks to an app. Easy four-way navigation control is also guaranteed together with a surprising steepness in retail price. A single Cover Story will set you back $258.

For those put off by the lack of WiFi, the word on the street is iriver’s got a new e-reader cooking. No rumors yet on a release date. So in the meantime, iriver’s Cover Story has yet to reach Europe and Asia soon.