If your looking for a little extra professionalism from recordings on your iPhone or iOS device, you might be pleased to know IK Multimedia has released a new a high-quality handheld unidirectional electret-condenser microphone called the iRig Mic.

The new iRig Mic plugs directly into an iPhone, iPad or iPod Touch and make it much easier to record vocals out and about. 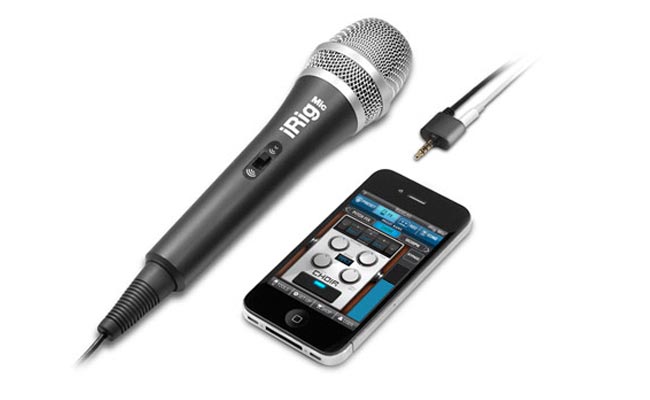 The mic features a three level gain switch and VocaLive Free, a real-time effects processor app as well as iRig Recorder and AmpliTube Free for recording voice or instruments. Although the iRig Mic also works with other audio recording and processing applications.