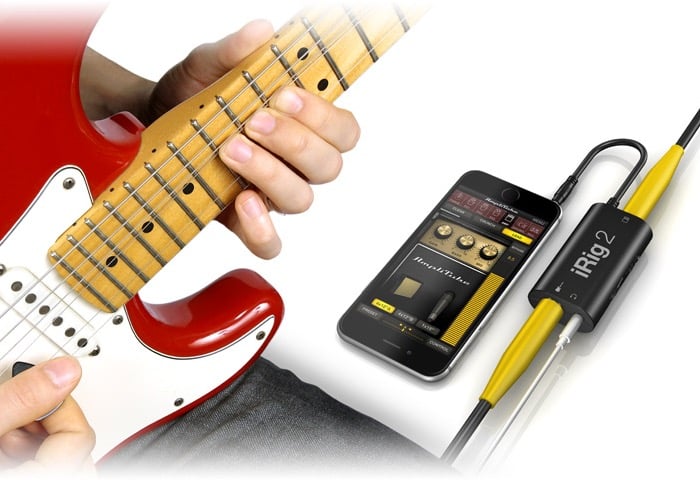 IK Multimedia has released a newly updated version of their iRig guitar interface which is compatible with iOS and Android devices and takes the form of the aptly named iRig 2.

The latest addition to the IK Multimedia range has been designed to offer users a new and improved version of the groundbreaking iRig guitar interface. Offering a new 1/4” output jack enabling you use the IK Multimedia iRig 2 with an amplifier without the need for an adaptor.

“iRig 2 has been made to be compatible with the widest range of instruments and mobile devices possible. Its built-in universal 1/8” TRRS output connector gives you a true plug-and-play experience with your iPhone, iPad, iPod touch, Mac or Android device.

Likewise, its 1/4” instrument input works with your guitar, bass or any line-level instrument. Just plug into it like you would into a stompbox or amplifier. It’s as simple as that.

And because volume levels vary from instrument to instrument and from device to device, iRig 2 comes equipped with an input gain control knob that lets you dial in the perfect setting for your setup. You’ll get great sound quality no matter whether you have a wailing 3 humbucker electric guitar running into your Samsung Galaxy Note 4 or a jazzy archtop connected to your iPhone 6.”

For more information on the new iRig 2 guitar adapter jump over to the IK Multimedia website for details and the ability to purchase for $39.99 or €29.99 during the first quarter of this year via the link below. 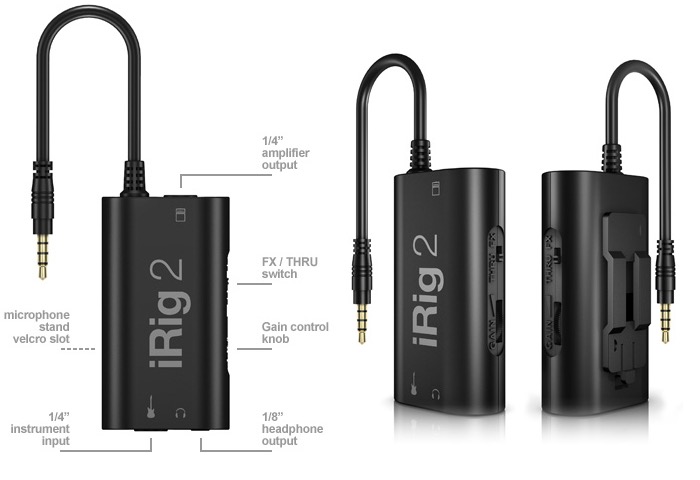