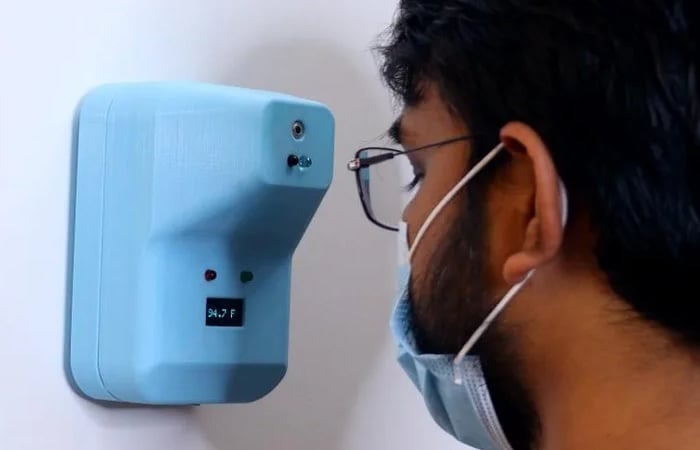 If you are interested in creating a low cost contactless infrared thermometer powered by the Arduino platform you may be interested in a new project published to the Instructables website and featured on the official Arduino blog. The project has been created by “opengreenenergy” a DIY hobbyist by passion and Power Engineer by profession and inspiration for the project is given to the previously released iThermowall.

“The main drawback of the handheld thermometer is its performance depends on the operator and the distance to the forehead. To address these problems, a device is made that can be mounted on the wall for fever screening in public areas without an operator. The hardware can measure human body temperature automatically when the distance between the sensor and forehead is adequate.”

“All of the electronics were assembled onto a custom-designed PCB that has headers for the various modules and LEDs, along with a place for the Arduino and battery charging circuit. All of these components were then positioned inside of a 3D-printed enclosure that holds both the batteries and PCB at the bottom and the screen/LEDs at the top”