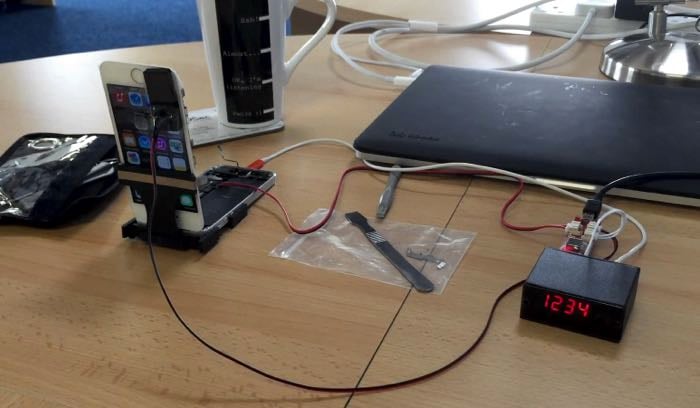 It looks like there is a device out there than can be used to bypass the iPhone screenlock, the device is an IP Box that is apparently used in the phone repair markets.

MDSec got their hands on one of these IP Box device and managed to use it to bypass the 4 digit pin code on an iPhone, have a look at the video below.

We recently became aware of a device known as an IP Box that was being used in the phone repair markets to bruteforce the iOS screenlock. This obviously has huge security implications and naturally it was something we wanted to investigate and validate. For as little as £200 we were able to acquire one of these devices and put it to work.

You can find out more details on how this unlock of the iPhone screenlock was done over at MDSec.