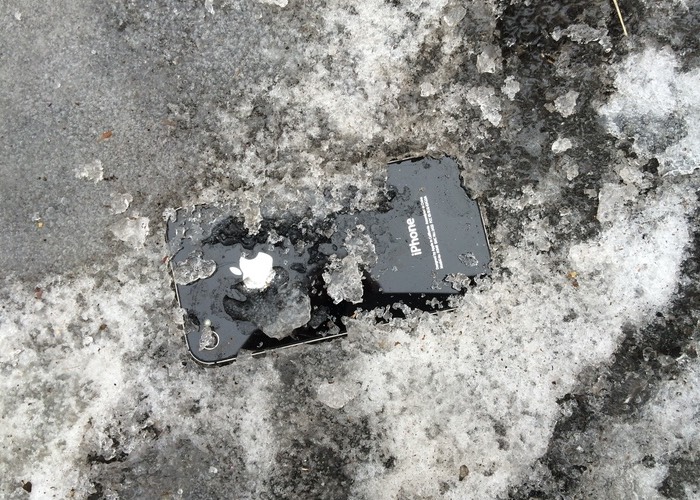 Brooklyn resident Michael McWatters has shared a story this week via Twitter which explained how whilst walking to his car his six-year-old twins spotted an iPhone embedded in the snow and ice on the ground.

After further investigation and carefully excavating the iPhone from the ice, he discovered that the Home button was completely frozen solid, and due the smartphone not being protected by a case he thought the worst for the iPhone.

“I looked down at the pile of ice (that was previously snow),”-“and saw the iPhone. I got [my son] in the car, opened the trunk, and used a shovel we keep for digging the car out to scrape the phone out.”

Once Michael had arrived at work including the iPhone to a charger and after 30 minutes was surprised to see that the phone had been lost and the phone number that he should call to return it to its original owner.

“About half an hour later I checked and sure enough I got the default message saying this phone was lost with a phone number to call.”

The family of the son who lost the iPhone lives in the apartment right next to Michael’s.