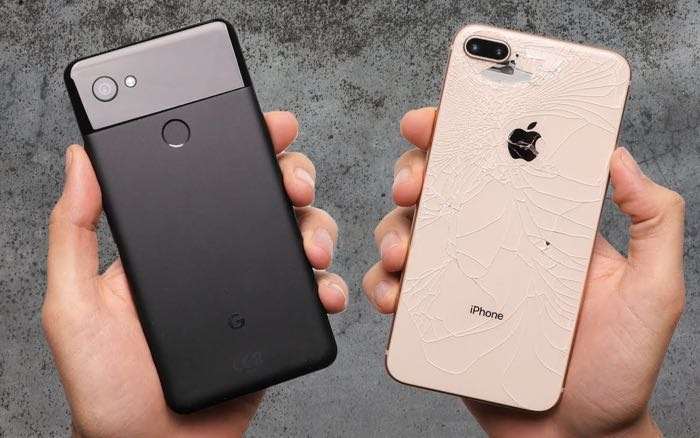 The new Google Pixel 2 launched recently and we have already seen a torture test video for the handset and now we have a drop test video. In this new video the Google Pixel 2 goes up against Apple’s iPhone 8 in a number of drop tests.

The Google Pixel 2 did not perform that well in the torture tests, lets see how it does in the drop tests up against Apple’s iPhone 8.

As we can see from the video the Pixel did better than the iPhone 8 in the first drop when the handset was dropped on its back. The iPhone 8 performed better in the second test when the two smartphones were dropped on their corners.