Apple released its new iPhone 5S last Friday, the handset comes with an updated Apple A7 processor over the iPhone 5, and now we have a video of the iPhone 5S vs the iPhone 5. 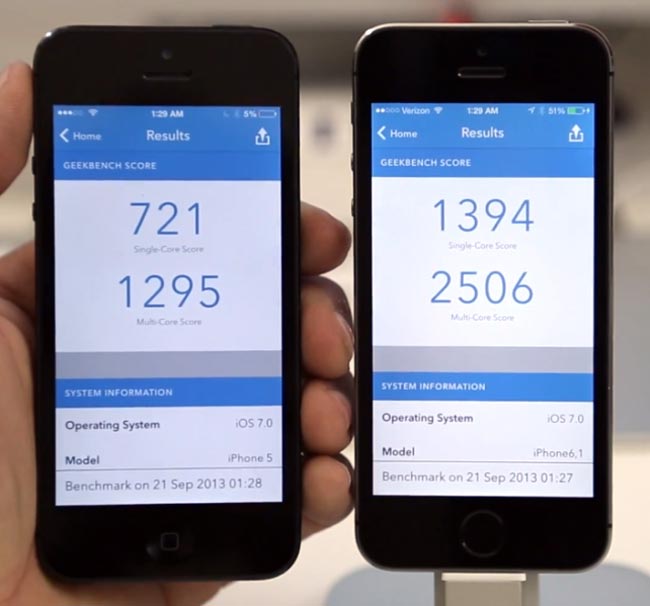 The iPhone 5S features a 4 inch Retina display with a resolution of 1136 x 640 pixels, plus a new 64-bit Apple A7 processor. Other specifications on the iPhone 5S include an 8 megapixel iSight camera with an f2.2 aperture, a fingerprint scanner and Apple iOS 7.

When Apple announced the new iPhone 5S they said it was twice as fast as the iPhone 5, and from the looks of the video it is. Unfortunately the handset seems to be in short supply at the moment and probably will continue to be hard to get hold of for the next few weeks.