It looks like the rumors on the shortages of the new iPhone 5S in the UK were correct, as the iPhone 5S is now available to buy online from the Apple store. 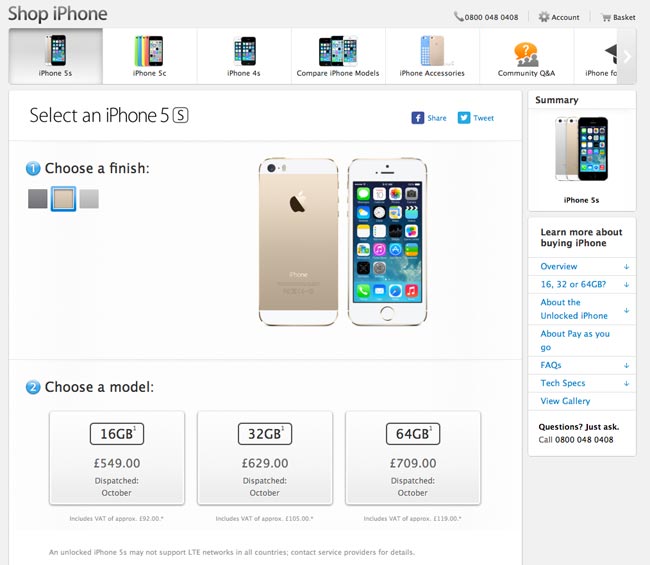 We reported earlier in the week that UK mobile carrier O2, would have no stock of the iPhone 5S at launch, this still appears to be the case as the stores we have contacted still do not have any stock.

If you looking to get an iPhone 5S in the UK today, your best bet will be the Apple Store, there are no details on how much stock they will have.

UK mobile carrier EE will have stock in their retail stores in the UK, I was told by my local store earlier in the week that they should have enough stock to last the weekend, it is not clear if all EE stores will be the same.