It looks like Apple’s latest smartphones, the iPhone 5S and iPhone 5C are headed to boost mobile, as some adverts have been leaked for both devices with the carrier.

The news comes from @evleaks who posted the following photo of the iPhone 5S and the iPhone 5C on Twitter, the handsets are expected to land on Boost mobile shortly. 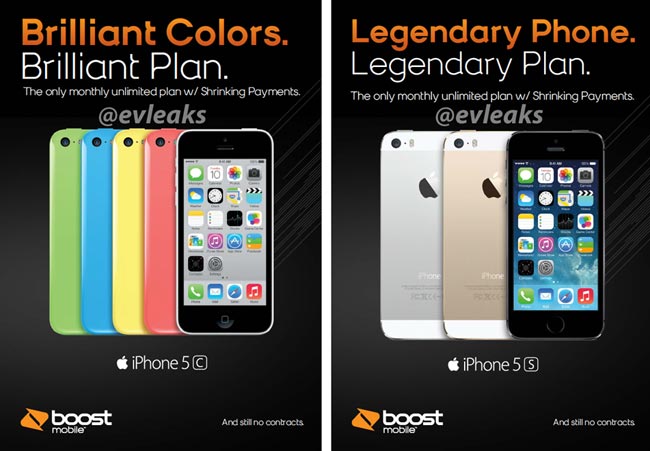 The iPhone 5S comes with a built in fingerprint scanner, plus a 4 inch Retina display with a resolution of 1136 x 640 pixels, plus a new 64-bit Apple A7 processor, it also comes with a new updated 8 megapixel iSight camera.

The iPhone 5C also features a 4 inch display with a resolution of 1136 x 640 pixels, the handset is powered by Apple’s A6 processor, and it is available in a range of bright colors.