The only game that gets played on the Wii around my house is the occasional game of Mario Kart by my son. He hates the Wii remote steering wheels that came with the game because they “suck.” I agree with him, the Wii wheels don’t really add anything to the play experience. 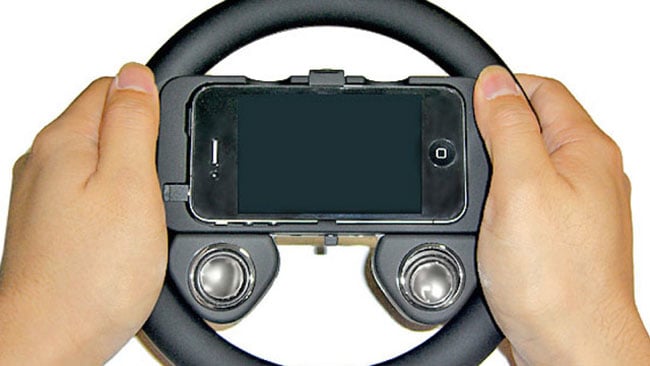 I really don’t see this iPhone 4 wheel that looks a lot like those questionable Wii wheels being any better. The idea is that you can toss your iPhone into the holder on the wheel and then play your racing games with a steering wheel.

It has pair of external speakers to up the audio quality. The speakers use a Nokia battery that isn’t included though and a USB port is used to charge the batteries. The accessory is apparently in Japan only and sells for the equivalent of $19 or 1,599 yen.