According to a report by GDGT the glass back of the iPhone 4 is causing Apples a few headaches. If you had visited hte Apple store recently you would have noticed the apparent lack of iPhone 4 cases, with only Apple’s  own first-party Bumper for sale.

Although Apple has just this week reestablished a wide variety of cases for sale this was no means a tactic to increase profits. 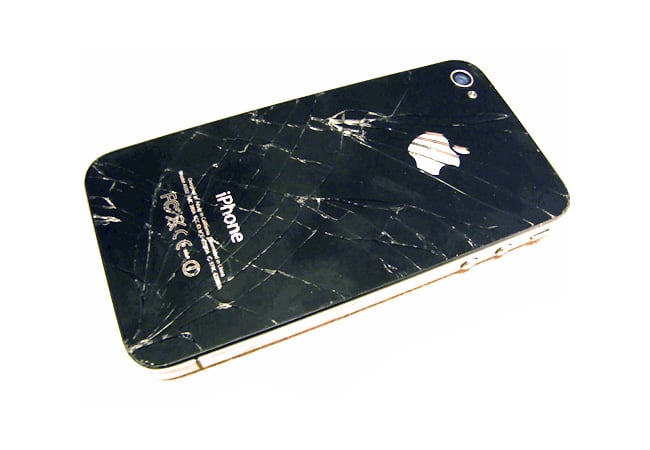 Slip-on cases, the kind that cover the back and sometimes front of the iPhone 4, have been the causing serious cosmetic damage with the backside of the iPhone.

When dirt and other loose bits of debris from your pocket end up in that space. Over time, that can lead to a shattered backside as small scratches grow to become large cracks that travel across the back of the device, much like a ding on a windshield.

Its become such a  problem that Apple’s engineers have apparently been hard at work testing third-party cases to see how widespread the problem is, and presumably to make sure it does not happen with future iterations of the device.

Via  Cnet Via GDGT Report

If you get a chance have a look at our Apple iPhone 4 Review.