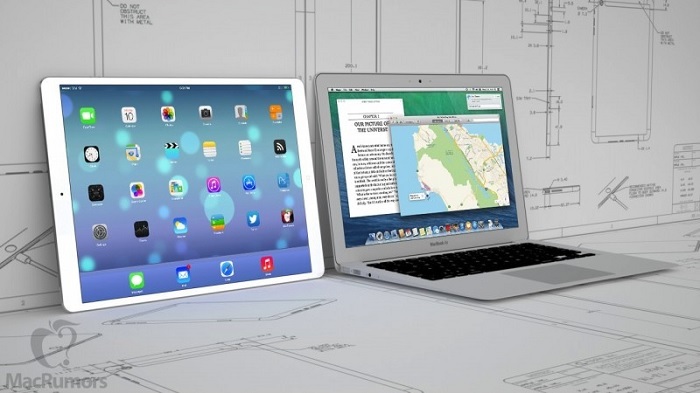 Apple’s larger iPad Pro is reportedly in the pipeline from quite some time. We’ve seen a handful of rumors about the alleged tablet, and has apparently pushed back the launch date to 2015.

According to a new report from Mac Otaka, the alleged iPad Pro will come with a 12.2-inch display, which is a little smaller than the 12.9 previously rumored.

The report further mentions that iPad Pro will not be as thin as the iPad Air 2, but will have measurements between or around the iPhone 6 and 6 Plus. Both the iPhones are extremely thing so it shouldn’t be heavy. Furthermore, the report will also come with stereo speakers at the top and bottom of the tablet.

As for its launch, we’ve seen rumors hinting at early 2015 launch, but the report suggests otherwise — it mentions the gigantic tablet is expected to see the light of the day in the third quarter of 2015.

There’s no official confirmation from Apple about its existence, but Mac Otakara has a very decent track record when it comes to Apple related rumors. We’ll update you as soon as we get more information about the alleged tablet.