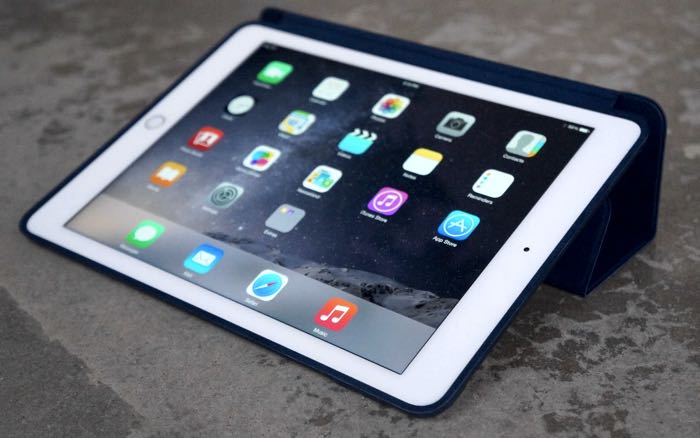 Apple is expected to hold a press event in March where they will announce the new smaller 4 inch iPhone, they are also expected to reveal the new iPad Air 3.

According to a recent report, the new iPad Air 3 will come with a number of upgrades over the current model, this will apparently include 4 speakers like the iPad Pro and also a flash for the rear camera.

The news comes in a report from the guys over at Nowhereelse, we are also expecting the new iPad Air to get a number of other upgrades over the current model.

The new iPad Pro comes with the new Apple A9X processor, Apple are also expected to use this processor in the next generation iPad Air.

The iPad Air 2 has 2GB of RAM and the iPad Pro has 4GB of RAM, we suspect that the new iPad Air will probably come with either 3GB or 4GB of RAM.

The device may also get some upgraded cameras, we are not expecting the design of the device to change that much from the current model.

We will have more details about Apple’s third generation iPad Air when it is made official at the company’s press event in March.