The iPad 2 went on sale in the UK at Apple’s online store at 1am this morning, it looks like iPad 2 fans will have to wait a while to get their hands on Apple’s second generation tablet as Apple has listed the shipping times for its online orders of two to three weeks.

The iPad 2 will go on sale at 5PM this afternoon in Apple Store’s around the UK as well as authorised retailers, which includes a number of mobile networks here in the UK who are selling the iPad 2 with mobile data contracts. 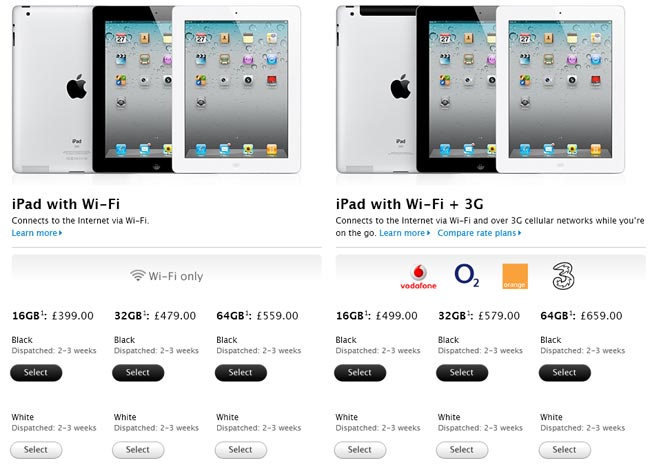