The iPad 2 went on sale on the Apple online store earlier today, and it looks like Apple may have already sold out of the iPad 2’s that were earmarked for online orders.

When the iPad 2 became available online with Apple earlier today, it had a shipping time of three to five days, this has now changed and online orders of the iPad 2 will now begin shipping within two to three weeks, as you can see in the photo below. 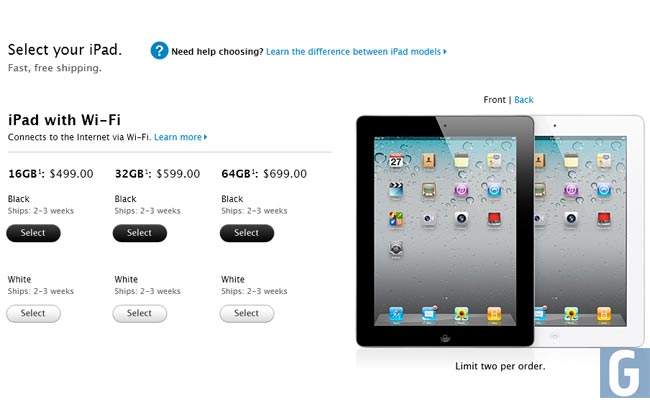 We heard earlier today some analyst predictions that Apple would sell around 600,000 iPad 2’s within the first weekend, but we suspect when Apple releases the official figures next week the sales will be considerably higher.

It looks like the only place for customers to get an iPad 2 over the next couple of weeks is going to be at official Apple stores and also authorised retailers, although we suspect that many of these stores will probably sell out their stock in a short time.