If you remember the classic Amiga game, Speedball 2 you will be pleased to know the game is soon be available on iOS devices, with the same great graphics, and additive gameplay of the original.

The new Speedball 2 Evolution game will offer two alternative control modes within the game : a classic, soft joypad, which replicates the controls of the early computer versions, and a new, innovative tilt-to-move option, using the giroscope withint he iOS devices.Watch the official trailer after the jump to see the game in action. 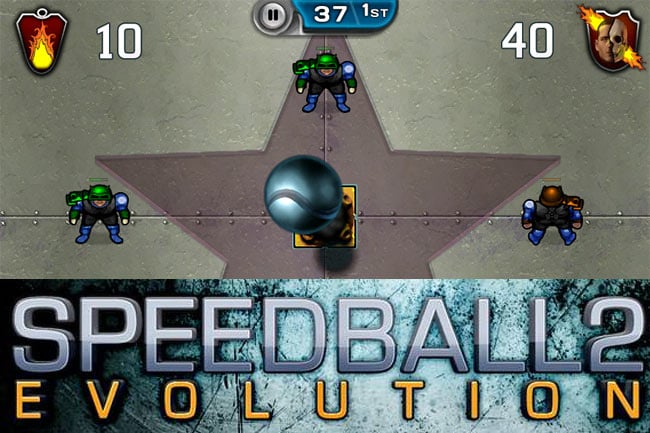 iOS Speedball 2 Evolution will be available on 24th Feb 2010 but pricing has yet to be decided.