Yesterday Apple rolled out the latest version of their iOS, iOS 4.1, which brought a range of new features to the iPhone and iPod Touch. One of the new features added was Game Center and Apple has now updated the App store with a dedicated Game Center section.

The Game Center section in the App Store lists all the current games that are currently compatible with the new gaming service. 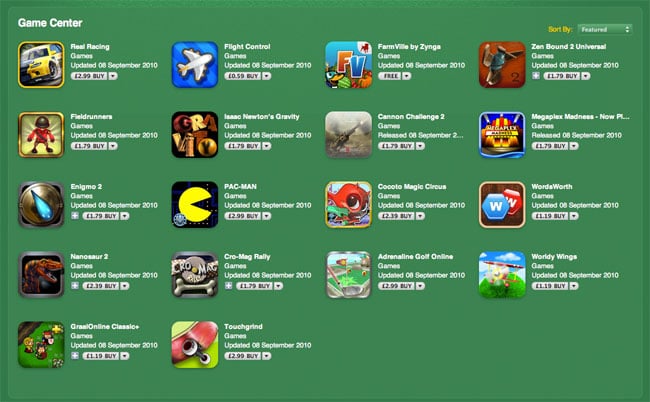 Game Center lets friends — and soon-to-be-friends — in on the action. Invite someone to join, then get a game going. Or go up against people you don’t know, from anywhere in the world, in a multiplayer game.

Game Center is designed to be a social gaming network, you can play games online with your friends on your iPhone or iPod Touch, there are also leadeboards and achievements that can be found with each individual game.