While exploring the new iOS 5 code interesting lines of code have been discovered contained within iOS 5 that hint at the possibility of a new Panoramic Photo feature within theApple’s latest iOS 5.

Very little is known about how the new features would work if it was ever enabled on iOS devices, but the new Panoramic Photo code would definitely enable developers to explore new possibilities within their applications. Either using the code to stitch together individual photos or video or by some other technique. 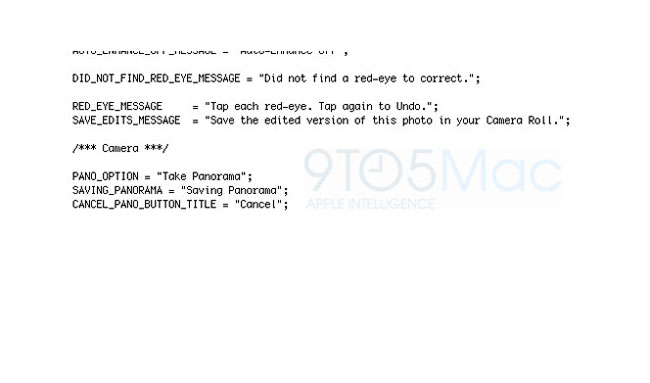 It will be interesting to see if the Panoramic Photo feature makes it to the final first release of iOS5 when it is shortly launched and is available to use.

iTunes has never supported 1080p syncing with devices through iTunes, but it has also been discovered that iOS 5 will allow you to play 1080p video, which could mean higher screen resolution displays might be on there way to iOS devices.