Apple has now released iOS 4.2 Beta 3 to developers and is now available to download from the iOS Developer Center.

In this release a number of new SMS ringtones have been added but strangely enough the AirPlay button has been removed from the YouTube app. 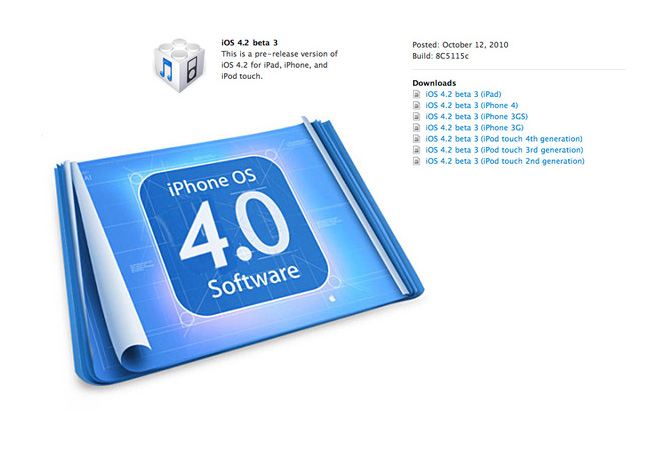 The removal of Airplay might be done to a small bug in the release or Apple might not think the YouTube app is as stable as it should be.

iPad users also have the same sounds control functions as the iPhone, allowing selective disabling of sounds in the calendar, lock screen, mail and keyboard.

You can view a video of the new SMS ringtones over on the Gizmodo website.

The final public release will be available sometime in November.

Via Gizmodo Via Apple